internetmarketingtofreedom.com – Freedom lies in being bold 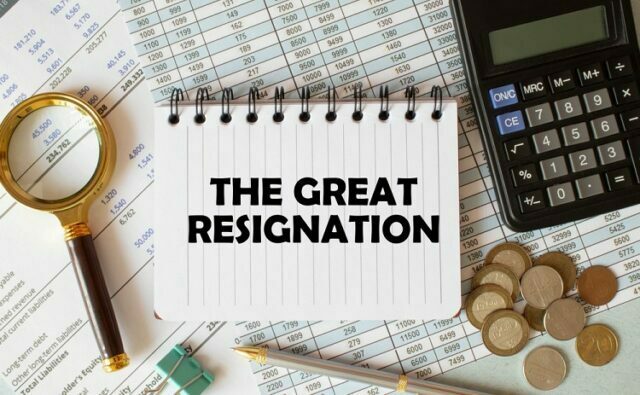 Two researchers at the ADP Research Institute, Marcus Buckingham and Nela Richardson, recently wrote a piece that appeared on the Barron’s website. They put forth the idea that the workforce is simply being realigned to accommodate a changing environment. And although they credit some of this realignment to the COVID pandemic, they make the case that it has been a long time coming. It’s hard to argue against their reasoning.

It is time to begin discussing the fact that worker dissatisfaction is not always about money. No doubt that compensation plays a significant role, but data cited by Buckingham and Richardson shows that dissatisfied workers are willing to take a pay cut in exchange for other issues being addressed.

Without getting into too much detail from the Buckingham and Richardson piece, their research boils down to the fact that workers are stressed like never before. This was a largely unrecognized concern prior to the onset of COVID. But now, stress has come to the forefront. People are more willing to let their frustrations be known. If anything good came from the pandemic, it could be the newly discovered freedom to speak up that so many people now realize they have.

All of that notwithstanding, the whole stress thing comes down to this: people are no longer willing to stand by and allow themselves to be put into stressful work environments 8 hours per day, 5 days per week. As stress levels go up, employees are more than willing to resign their positions to go elsewhere.

Speaking With Their Feet

Another piece recently published on the BenefitMall website details the impact of the Great Resignation on employees left behind. A majority of those employees say they have taken on greater responsibilities over the last few months. Many say they do not have enough time to do the work they now have on their schedules.

BenefitMall is a general agency that represents insurance carriers and benefits brokers across the country. They recognize that benefits packages must get better if companies want to retain their employees. But benefits alone will not do it. Dissatisfied employees are speaking with their feet.

For example, Buckingham and Richardson’s cite data that show nearly half of the employees surveyed in a recently published global survey would willingly take a pay cut in exchange for more flexibility in when and where they do their jobs. Think about that for a minute. It is not just about money.

An honest assessment of the Great Resignation reveals that people are dissatisfied with their jobs because they believe their employers aren’t taking care of them. Money and benefits packages only go so far. When employees feel stressed or underappreciated, they begin to understand the old adage that says money can’t buy happiness.

What we are seeing is more of a realignment than anything else. Employees are leaving their jobs to realign their careers with like-minded employers. Some of them are even starting their own businesses.

The Great Resignation has seen millions of people leave jobs they have held for years. But are they just resigning? Probably not. They are realigning their careers with newly discovered values and convictions. Perhaps that is the most profound impact COVID has had on modern culture.

How Does A ULIP Plan Work?

Different kind of Internship in Australia

Searching Jobs in Your Midlife

How to find a job when you’re feeling lost

What are some great apps for small business owners

Experience the Perfect Results for the Smart factoring